A new formulation of high-strength grout that can simplify and reduce the costs of a range of frequent concrete construction and contractor jobs is being introduced to Australia and New Zealand by long-established bearing manufacturer Hercules Engineering.

Its new Hercules Non-Shrink Grout HSB 510X is a non-metallic Portland-Cement based product formulated to significantly greater strength than standard grouts and which can often substitute for epoxy grouts costing four times as much, says David Booty, Manager of Hercules Engineering (a division of Cut To Size Plastics).

“In addition to eliminating the need for expensive epoxy grout in many applications – on which we provide advice – the water-based HSB 510X formulation is easy to handle and simple to mix to the required consistency of stiffness or fluidity for trowelling or pouring. Also, it will not set rapidly like some epoxy formulations, which can cause wastage and cost time on job.”

The grey, shrinkage-compensated HSB 510X eliminates gaseous expansion while in its plastic storage and also eliminates staining after application because of its non-metallic content, says Mr Booty, who has decades of experience in producing a wide range of cost-efficient sliding bearings used in major construction projects. Hercules Non-Shrink Grout HSB 510X can be used with these and other bearing types, as well as:

The new product has a set density of approx. 2,190kg/m3 (flowable/pourable), and has been laboratory tested to more than three times this loading to ensure safety in the applications for which it is intended. It can be applied at temperature of 10-30 deg C.

Pricing depends on quantity, but on all quantities is less than quoted for standard grouts.

You are now subscribed to the latest news from Cut to Size. 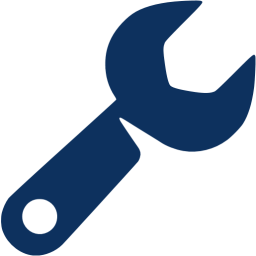 is on its way

We will contact you within 1 business day. For urgent enquiries, please call us.